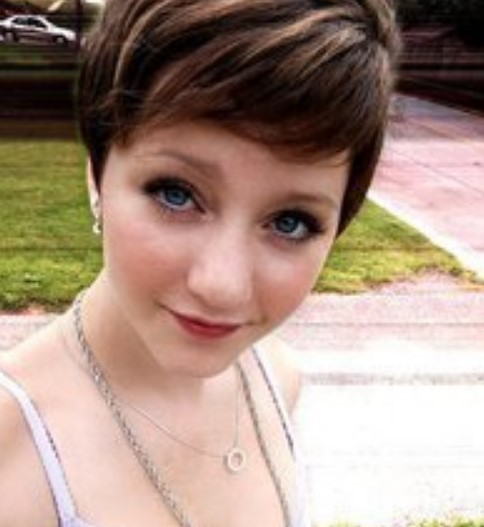 Jordan Todosey is a Canadian actor. She was born on February 8, 1995 in Canada. She is best recognised for her performances as Adam Torres on the long-running Canadian television series Degrassi:

The Next Generation and as Lizzie McDonald on Life with Derek. Adam Torres was the first transgender character to appear on a Canadian television series.

Todosey was born and raised in Toronto, which is located in the province of Ontario, Canada. He began his career in the entertainment industry at an early age, making appearances in television programmes such as Instant Star (2004–2008), Life with Derek (2005–2009), and Flashpoint (2008–2012).

Jordan “Jordy” Todosey is a well-known name in the entertainment industry in Canada. She was born on February 8, 1995.

She was born in the city of Toronto, which is located in Ontario, Canada. In the show’s tenth season, Jordan Todosey made his debut on Degrassi as the character Adam Torres.

Before this, Jordan was known primarily for her performance as Lizzie McDonald on the children’s television series Life With Derek.

For this part, she was nominated for a Young Artist Award in the category of “Best Young Ensemble.” Michael Seater, Joy Tanner, and John Ralston were among the other actors who appeared alongside her.

This native of Ontario began performing at the age of nine and has since been in multiple episodes of television series like Flashpoint, Instant Star, and The Good Witches Wedding.

She has also starred in the feature films The Stone Angel, a festival film based on a novel by Margaret Lawrence, and as teenage Terry ‘Tuff’ Ryan in The Prize Winner of Defiance, Ohio starring Julianne Moore and Woody Harrelson.

She is not one to be afraid of the big screen.

She won the Golden Sheaf award for “Best Female Performance” by playing the lead part of Amelia in the independent short film Santa Baby, which was directed by David Widdicombe. The film was produced by Santa Baby Productions.

In addition to that, she provided the voice for the main character, Willa, in the animated series Willa’s Wildlife.

In 2010, Jordan went to India with the group “Free The Children” to work on the construction of a school there. MuchMusic in Canada produced a documentary on the trip based on its footage.

The coveted Peabody Award was given to Degrassi: The Next Generation in March 2011 for the episode “My Body is a Cage,” which starred Jordan.

At a ceremony held at the venerable Waldorf Astoria hotel in New York City in May 2011, Linda Schuyler and Jordan were honoured with this prize. This particular episode was also responsible for the series being nominated for a Primetime Emmy in the year 2011.

Jordan was presented with the Gemini Award for “Best Performance in a Children’s or Youth Program or Series” in the year 2011.

She has maintained close relationships with former castmates Aislinn Paul, Jessica Tyler, Alex Steele, Munro Chambers, Luke Bilyk, Justin Kelly, and Chloe Rose. However, Melinda Shankar and Sarah Fisher are the people with whom she has the most in common socially.

At the 70th Annual Peabody Awards, Todosey was accompanied by the show’s creator, Linda Schuyler.

The two-part episode “My Body Is a Cage” has also received widespread recognition, including winning a Peabody Award in 2011, with the jury noting that Todosey “beautifully portrayed” a transgender character.

When Todosey’s character was killed off from the series in 2013, controversy ensued, including a statement from GLAAD condemning the decision to kill off Todosey’s character, while also calling Todosey’s performance “outstanding.”  “authentic, multi-dimensional…

One of the show’s creators, Linda Schuyler, defended the decision to kill off the character by saying in a statement that Todosey’s plot required the character to die “would have a genuine impact on an increasing number of people

In the Degrassi television series, Jordan is best recognised for her role as Adam Torres. She was the pioneer of her field and the first recipient of the Gemini Award for Best Performance in a Children’s or Youth Program or Series, which she received in 2011.

People are looking back through HBO Max’s best episodes as the network discusses relaunching the service, and the episode Todosey comes up frequently in these discussions.

On the television show Degrassi: The Next Generation, Jordan Todosey portrayed the character Adam Torred.

In the television series Life with Derek, Jordan also played the role of Lizzie MacDonald.

The two of them poked fun at being left out and decided to have a separate reunion with just the two of them.

The TikTok was concluded with a series of uploads showing the couple celebrating their event in Vancouver, indicating that they had just done so.

Dylan Donnelly, Jordan Todosey’s partner, makes his living as a livestream on the platform Twitch. Qrillen is an alias that Dylan goes by.

Because Donnelly enjoys playing games and making other people laugh, he currently has just over 112 subscribers on the app. Skater, musician, and video gamer, among other things, were among the things he listed about himself in the bio he posted online.

However, gaming is his primary pastime, since he spends the most of his free time fiddling around on his computer. Therefore, the next step would be to figure out a means to make a living off of it, as he desired to socialise while doing so, and this would be the next stage.

In a similar vein, he enjoys playing games that involve puzzles, strategy, or shooting the most, as his sole objective is to have fun.

Aside from that, his primary objective at the moment is to build a fanbase on YouTube, where he posts videos of himself playing Minecraft and aims to attract the notice of MrBeast.

He posted a five-minute video on YouTube a year ago in which he issued a dare to himself to either pronounce his name one hundred thousand times or pour milk on his head. After struggling for one hour and uttering his name about fifty hundred times, he finally gave up and accepted the outcome.

Relationship Between Jordan and Dylan Actress Jordan and musician Dylan started dating in 2015 and have been inseparable ever since they began their relationship.

It all started in October 2015 when the two were spending a quiet night out in the jungle, melting marshmallows over a fire they had made with firewood. A lovable kitten decided to join in on the action, and the pair couldn’t have been more thrilled to have company.

As the cat began to accept their affection, she became obsessive about providing him with food and entertaining him with games.

They were apprehended once more after nearly a year had passed since their last capture, but this time it took place in a field in the middle of nowhere. They donned shorts that exposed more skin and did handstands up against the utility poles because it was summer.

Her second brother, Rylan, was also present and was operating the camera while he was there.

Dylan’s fondness for handstands was solidified even further when he resurfaced on her timeline two months later, but this time he was posing in front of a different backdrop. When he was in the middle of a relaxing workout beside a lake, his companion sneaked up behind him and called him her season.

The fact that she keeps publishing intimate photographs of her and her friends working out and having fun in the grass suggests that the sweetness may be too much for her followers. They have a lot of fun playing guitar outside in the sunshine, performing yoga in front of the waterfall, and staying in shape.

In the year 2019, they made their way back to civilised society by going to Downtown Toronto, where they stood hand-in-hand while staring up at the tall buildings.

She divulged that she prayed for him, dreamed about him, and composed wonderful poems for her partner in the past.

In point of fact, she did not forget to include him in the wrap-up film for the year 2021, in which she included a montage of him along with her cats and her family, compiling the footage into many videos lasting a few minutes each.

The city of Toronto, Ontario, is where the adult, who is now 27 years old, was both born and reared. She was only eight years old when she landed her first acting job, which she got when she was living her entire childhood in North Oshawa.

As she spent her days off from school playing outside, she found that the thick forest provided the ideal environment for her skateboarding skills to flourish.

She recalled how, when she was younger, she used to play in the creek that ran through her backyard and explore every nook and cranny in the area until her mother called them in for supper.

But her mother had a sense that she was destined for more, and she pushed her daughter to seek a career in acting by finding her a representative. A year later, she debuted in Disney’s The Pacifier playing the role of a girl scout for the first time.

Aside from that, she does not want to take any credit for herself, claiming that it was her daughter who was the one who persevered and did not give up.

In 2017, she published her first book, titled “Myth,” which she had written when her child was in charge of her profession. Troth, her second piece, was published the following year in 2019. Clay moulds are being created by her character, and she is posting them on her Instagram account.