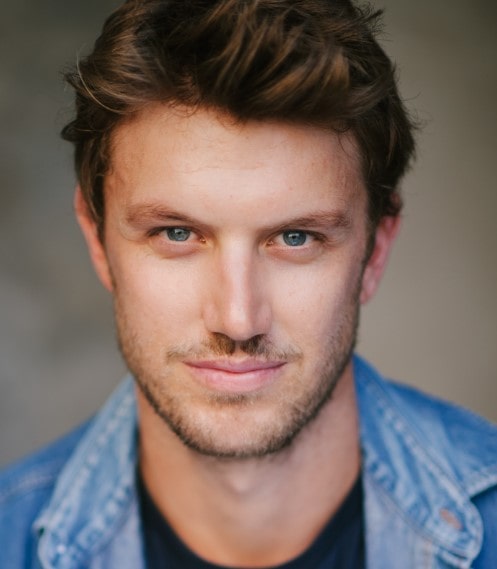 Adam Demos is an Australian actor who was born on the 24th of May 1985. It was his appearances as August Walker on the American television series Unreal and Brad in the Netflix series Sex/Life that brought him the most attention and success.

Adam Demos was born in the city of Wollongong, which is located in the Australian state of New South Wales. His mother, Lindy Demos, hails from Greece and has Greek ancestry.

His education began at Tarrawant to Public School  and continued on to Dapto High School, where he received his diploma in 2003.

His cousin is the Australian basketball player Tyson Demos, who plays for the Demons.

Despite the fact that Demos had an interest in acting from a young age, he began his professional career working as a construction labourer in his father’s demolition business, the Wollongong steelworks, a roofing company, and in the Hotel Ravesis in Bondi.

At the age of 23, he enrolled in an acting class at the Screenwise Film & TV Acting School in Sydney, but because he was afraid his friends would make fun of him for it, he kept his enrollment a secret. His mother was a big supporter of him pursuing a career in acting.

Career In 2012, Demos was cast as the lead character, “Solo Man,” in the mascot advertisement for the legendary Australian soft drink company.

When Demos first started out, he was only cast in supporting roles in Australian productions. Demos was selected to portray the role of Nate Baldwin in the ABC Australia drama Janet King in the year 2017.

Demos learned of a job in Hollywood that was written just for an Australian actor while he was working on the set.

He was successful in getting the job and immediately travelled to Vancouver to begin filming the third season of UnREAL on Lifetime.

Because UnREAL was a TV show within a TV show, Demos said that filming it was a very perplexing experience for him. This was Demos’s first time working on an international production.

In 2019, Demos starred in the Netflix original film Falling Inn Love, which was filmed in New Zealand. The film also stars Christina Milian.

In the year 2020, the Canadian city of Toronto served as the location for the filming of the Netflix series Sex/Life, which was based on the novel 44 Chapters About 4 Men by BB Easton.

Demos was given a role on the show with the assistance of Stacy Rukeyser, who was the showrunner for Sex/Life and had previously worked with Demos on the show UnREAL.

Demos received vocal and guitar instruction so that he would be adequately prepared for the performance in which he sings “Heartbeats.” The footage of him completely stripping down in front of the camera in episode 3 of the series went viral on various social media platforms.

The Netflix original movie “A Perfect Pairing,” which starred Victoria Justice and Demos, was made available to stream in May of 2022.

The plot of the movie revolves around an executive from an American wine firm who goes to Australia in the hopes of landing a significant client and ends up developing a relationship with a man she meets while working on a sheep farm.

Demos formerly held a job in the construction industry in Australia.

Wollongong is a city located in New South Wales, Australia, and it is on the coast. Demos was born there. According to an interview that he gave to the website Now to Love in Australia, despite the fact that he had long had an interest in acting, he worked for many years in the construction industry instead. At the age of 23, he made the decision to enrol in an acting class in Sydney.

By the time he was in his mid-20s, Demos had successfully auditioned for and been cast in several Australian television shows, including Home and Away, Rescue Special Ops, and Winners & Losers, according to his IMDB.

However, most people in Australia will recognise him as Nate in a popular series there called Janet King.

However, Americans are more likely to identify him as a result of his major break: Demos played the role of August Walker, a participant on the fictitious dating show Everlasting that was modelled after The Bachelor.

UnReal aired on Lifetime and is currently in its second season. It was his second time working with Sex/Life showrunner Stacey Rukeyser.

His education began at Tarrawant to Public School  and continued on to Dapto High School, where he received his diploma in 2003.

In the year 2020, Demos started a romantic connection with Sarah Shahi, who also appeared on the show Sex/Life that he was a part of on Netflix.

After giving it a shot for the first time in Los Angeles, he now counts travel and cryotherapy among his hobbies.

Sarah Shahi, who appeared alongside Demos in the show Sex/Life, is now his girlfriend.

The fact that Demos and Shahi’s chemistry is genuine contributes to the film’s overall level of believability. During the production of Sex/Life in 2020, Demos and Shahi became friends and eventually started dating.

In May of 2021, in celebration of Demos’s birthday, Shahi posted a touching message to Demos’s Instagram account. “I’m not really sure how two people who live on opposite sides of the world could possibly have more in common, were meant to meet each other, and were meant to be together.

The stage is set for passionate encounters! Sarah Shahi and her partner Adam Demos fell in love after meeting on the set of the Netflix show Sex/Life, and the chemistry between them in real life is just as sizzling as it is on the show.

The pair worked together to film the series in the fall of 2020 in Canada, portraying the roles of gorgeous exes who find themselves in the middle of a love triangle.

In the show, Shahi’s character, Billie, has tied the knot with Cooper (played by Mike Vogel), but she pines for the days when she was more free-spirited and hooked up with Demos’ character, Brad.

When the scandalous part came into her life, the former cast member of “The L Word” was in the midst of going through a divorce and was not necessarily thinking about the possibility of finding love again.

Us Weekly published an exclusive report in June 2020 confirming that Shahi and Steve Howey had divorced two months earlier, after they had been married for 11 years. In January of 2021, the divorce between the exes was finalised. They are the parents of three children together: William, twins Violet and Knox, and son William.

Shahi finished filming “Sex/Life” one month before the conclusion of her divorce proceedings. During that moment, she paused to consider how significantly her life had shifted over the previous few months.

And that concludes our coverage of Billie Mann. @sexlife. She captioned a set of images of her on-camera character in December 2020 with the phrase, “My alter ego.” “The multifaceted, enormously complex, hurricane-like character that I had the privilege of playing,” she said. The righteous and the wicked, tied together with a sloppy bow of pink ribbon.”

The native of Texas then got a little more personal and continued, saying that “This show was more than just another gig.” It altered the course that my life was going to take. It freed up areas of my heart that I had repressed for such a long time. It assisted me in arriving at the truth. I was broken open. Finally.” You can keep up with Demos by following him on Instagram.

If you follow Demos on social media, you will quickly realise that the Australian enjoys going on adventures with a dog named Soda Pop and that he has a passion for travelling.

In addition to that, it should come as no surprise that he enjoys publishing images from Sex/Life with Shahi. Recently, the pair posed for a photo in front of a billboard advertising “Sex/Life” in Times Square. How could they possibly put up a fight?